Should You Make New Year’s Resolutions? 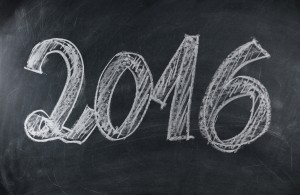 So it’s 2016 and you’ve already looked at your list of New Year’s resolutions and no doubt said, “it’s been a busy start to the year, so I’ll start next month.”

Yesterday on Facebook I did a little social experiment and poked a bit of fun at setting new year plans, but the reality is that so many of us start the year with good intentions and finish it with regret.

And at the risk of sounding harsh, if you are setting your 2016 goals and vision with a New Year’s resolution then you are already behind the game.

New Year’s resolutions are not about creating change in your life, and they are not about you forming new habits or breaking old ones. They are simply about you trying to feel good about what you did NOT do well in the previous year and what you FEEL you need to change, not necessarily what you are going to change. Put simply, if you wanted to make a change, you would have already made it.

What stopped you from making that change, at any point, in 2015?

I can tell you what used to stop me….. Fear.

Fear that I could not meet that commitment knowing what I had ahead of me that year.

Fear that I was not going to reach my goal or achieve my vision and as a result.

I was a self-fulfilling prophecy. I would start the year with the subconscious knowledge that my best intentions were already going to end in regret.

Some of you have heard me speak or seen some of my videos on creating a personal plan each year. My wife Dom and I still create that plan, every year, and we do it DURING the year not at the end of it, so we can enter the year with a running start, and with focus and clarity on what we want the year to look like, well before it begins.